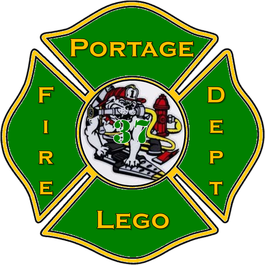 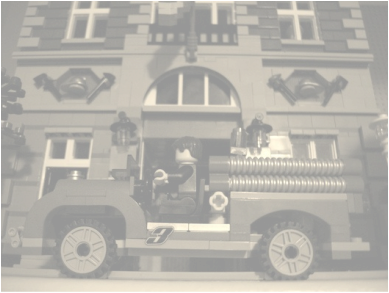 The Portage Lego Fire Department was chartered on December 9, 1923 to protect the town of portage and citizens of portage. At this time the department was a volunteer department. The department responded out of one station from 1923-1928 when the town expanded. The department seen it fit to have another station built on the other side of town. As time passed on the town grew even more and turned into a city from a small town. As this transition happened 4 more fire stations were opened throughout the city. When the town became a city the city approached the Portage Lego Fire Department to have them placed on the payroll thus ending the volunteer services in 1968. There have been many apparatus that has come and gone from 1923 to present day. The very first piece of apparatus the department owned was a 1923 seagrave pumper. In 1929 when Station 2 opened up a brand new Seagrave pumper was purchased from Seagrave carrying the number 2 on the side. In 1934 when station 3 opened yet another Seagrave pumper was placed into service along with a Seagrave Ladder Truck. This was the first ladder truck placed into service. In 1956 the department order a Mack pumper from Mack Inc thus turning the company from an all seagrave company. In 1967 a year before the department would become paid, the department ordered a Mack C pumper. As time goes on from 1968 and up there were more engines purchased along with four ladder trucks. All of these engines and ladder trucks were either sold or scrapped. The only piece that is left from the original fire department is the 1923 Seagrave pictured above and this apparatus is in a museum.

The department has since changed names once again but this time they are now a county fire / ems department. The decision came about when other departments became paid that provided mutual aid to Portage. Town officials all gathered together and agreed that it would be better to have all departments under one name. A new name was picked for the upcoming new department and it was settled on Portage County Lego Fire / EMS Department. All the town officials went to the state and pleaded their case to the state legislature. Officials listened as each town pleaded their case and they were told that the undertaking of creating a new county would take time. Each official understood the undertaking and state officials told them that they would have a decision in a week. Members went back in a week and were told there was a 20-3 vote in favor of creating a new county with all the departments under on name. Town officials were excited about the news and preparations began right away to renumbering and lettering the apparatus that were now part of the new county. As of right now there are 9 Stations in Portage County Lego Fire / EMS Department with more planned to come in the future. This was a big undertaking by all town officials at the time and it has proven to be very effective. Portage County Lego Fire / EMS Department still provides mutual aid to our surrounding departments and they still provide us with mutual aid as well. We understood that over time the need for mutual aid to come into the county was going to be limited to only standby in our empty stations but there will be those few occasions where the mutual aid will need to come to the scene. We are very proud of our department and will be here for years to come. The patch that is above on this page will be on all of our apparatus since we are part of the Lego Metro Fire District. So don't be confused when you see our trucks going by with two different patches. This is to identify that we are part of the LMFD.
As our saying goes, Bustin' Ours... ...Savin' Yours